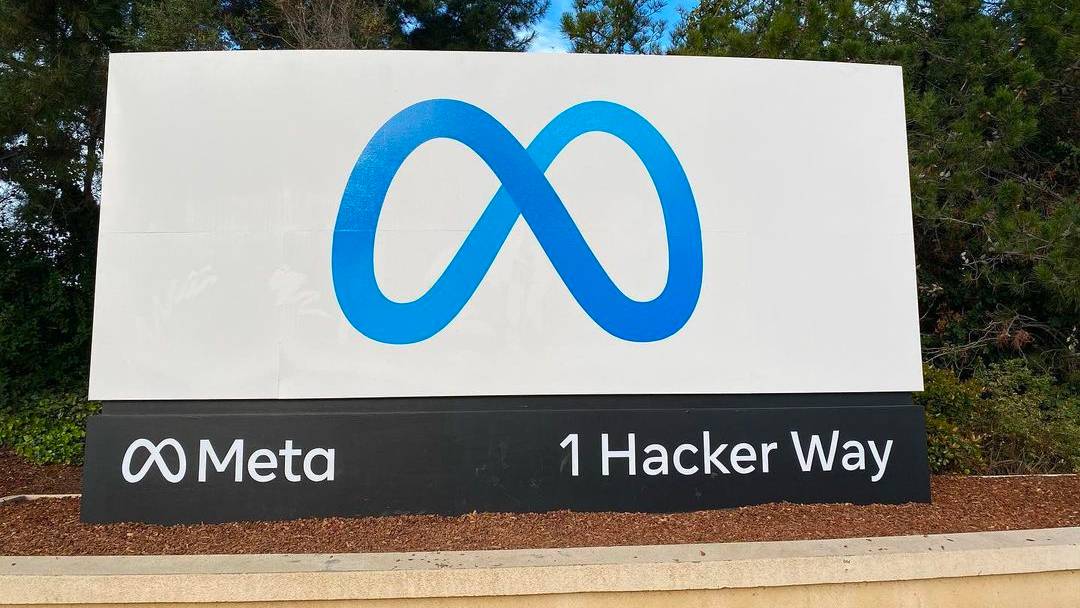 Why Meta Will Not Rule The Metaverse?

“Competition is always a good thing. It forces us to do our best. A monopoly renders people complacent and satisfied with mediocrity.” – Nancy Pearcey.

Every founder or entrepreneur tries to monopolise the business or industry. Before we dive into the article, let’s first understand what ‘monopoly’, ‘duopoly’, and ‘oligopoly’ mean.

Monopoly: Data Flair’s definition states, “A monopoly market is where there is a single seller and a large number of buyers.”

Duopoly: “A duopoly market is where there are two sellers and a large number of buyers.”

Oligopoly: “An oligopoly is a market characterised by a small number of firms who realize they are interdependent in their pricing and output policies.”

In the article, we’ll discuss Meta’s current problems and why users hesitate to adopt it. If all of this were summarised in a single line, it would be:

Digital & Offline Media against them

As I stated earlier, every entrepreneur wants to create a monopoly in the market. In the case of the Metaverse, the problem is both digital and offline media are pushing Meta’s name as the only brand in the Metaverse. So, instead of turning them into a monopoly, ‘Meta’ is the only name right now that is taking all the hits.

This could be the first reason why Meta will not rule the Metaverse. The brand does not have a white reputation regarding data privacy and personal information security.

A Monopoly is not suitable for the Market.

Everyone here knows monopoly is not suitable for the market and is mainly aligned with it. For market dynamics, it’s essential to have competition and multiple players on every level of the market. This puts the players in conditions to play fair and wins the competitions on everything like Pricing, Product/Service Quality, customer support and many others.

Monopoly gives businesses all the power to control and manipulate pricing at all levels, and users will not have any options to choose from.

Meta’s statements are conflicting with their actions itself

But now, on the Oculus store, developers have to pay 47.5% of commission fees to Meta. How is this an invention supporter, and will it help any business of any scale?

On multiple occasions, Meta has stated that they support small businesses, and this act of charging an exorbitant fee from Oculus App developers acts as a self-contradiction action to their statements.

It’s no secret that currently, we don’t have a lot of use cases of the Metaverse and Oculus in our real life, but how can that be changed so that we see a mass adoption? To begin with, like Android mobiles, there should be many apps for every category so that everyone can find relatable use cases for VR headsets or Metaverse.

Nowadays, the Oculus is the most-sold VR Headset in the world. Having a lot of apps for the Oculus across a wide variety of categories could take it towards mass adoption, and it could have already been on the road to success. But with a 47.5% commission, many developers feel cheated with their effort and money and, therefore, hesitate to build apps for the Oculus.

Metaverse is a complex concept to understand, and Meta is not making it easy at all.

Metaverse is a complex concept for everyone to understand, and Meta’s applications are not very lucrative nor self-explanatory either. This knowledge and understanding gap significantly hampers the user experience.

Some people are trying to advocate the concept, but it still needs to be clarified for a complex concept like the Metaverse.

Regarding approach, ‘Adoption’ and ‘Early Adoption’ are entirely different problem statements. Let’s look at 2 case studies of successful mass adoption, one global and one Indian.

The global case study is of Facebook. We’re all aware of the tremendous speed at which Facebook was adopted. They innovated and also embraced growth hacks to achieve what they achieved. For example, Facebook created a mobile-optimised version of their tool, which was a rarity in those days. They successfully sensed the change that would come in the tech world and grabbed the first mover advantage on the mobile audience segment of social media.

Still, they felt it was not enough. So they created a mobile app for every platform. Back then, there were a lot of mobile operating systems that mobile manufacturers used. The iPhone had iOS; there was Android; Blackberry had their Blackberry OS; Nokia used Symbian OS, and many more. Developing an app for every platform was difficult back then, but Facebook boldly took this move.

OEM advertising strategy may be new for many companies, and more than 95% of app developers may never have used this advertising strategy, but Facebook did this. Many mobile OS did not have their own open app stores where they could submit their app and get them downloaded by their users. Facebook partnered with many manufacturers and made it available from the first day with the mobile operating systems.

After the internet browser, Facebook was the second most downloaded app in those days, which demanded continuous internet usage.

Regarding global mass adoption, this was the biggest challenge. Many countries did not have robust internet connections like the United States, and it was not affordable for the low per capita income countries. To get rid of this, Facebook created a different app called ‘Facebook lite’. It consumed less internet and helped them acquire many users from countries where internet connection was not stronger or cheaper.

There are some specific reasons behind specifically picking these two case studies. You’ve already read Facebook’s case study. Basically, they equipped many people with a piece of software and made them use it. But Jio enabled India with the latest internet technology (4G internet) and hardware to use it. This was worth mentioning because to enable 4G in a country which is 2nd in terms of world population, 7th in terms of geographical area and does not have an excellent reputation in ‘income per capita’ is commendable!

Jio knew very well that the early high-speed internet users would be a particular segment. But they wanted all Indians as their users, so they started with those who needed it the most. They were divided into two segments, offices and students.

There was a problem with the offices accepting the adoption because their requirement was broadband connections, and back then, Jio was launching only their mobile internet connection. They equipped colleges and school campuses with Jio 4G-powered WiFi and kept it free for everyone.

It gave them good word-of-mouth marketing and enough hype to go ahead with a public launch. With the public launch comes another question: why would anyone change their current mobile operators?

Jio followed a fundamental rule of business in the competitive market, “easy entry and tough exit.”

Jio announced free mobile connections and services to everyone. They gave out free unlimited talk-time, unlimited internet and other value-added services, like caller tunes. Jio created a suite of apps which included Jio cinema, Jio Tv, Jio Magazine, and Jio Music (Jio Saavn, after they acquired the music streaming service Saavn Music) and kept them free for all.

But having all these was insufficient because how would people use all these services? Most of the mobile devices in India during that time were running on 3G services. Jio knew this from the very first day, so before going for public launch, they manufactured affordable mobile phones with 4G and other required capabilities under the brand name LYF Mobiles. These mobile phones were so cheaper than other available 3G-capable phones as well.

So, now people had two options: Buy a phone with only 3G capability and pay high prices for every service like talk-time, internet and other VAS (Value added services). Or go with a much more affordable LYF phone, which was 4G Capable, and all services were free with a Jio mobile connection.

This was an absolute no-brainer solution for India. After a massive adoption across the country with these efforts, Jio kept offering a lot compared to other available solutions and is still the number one mobile operator in India.

Now, you have both case studies and can see how a massive number of people can adopt an application and new technology at an amazingly fast pace.

Let’s return to our question, “Is Meta doing anything so this technology can be adopted by mass?”

Till now, Meta had an advantage because their Oculus Quest was affordable compared to other VR headsets. But even their new Quest Pro is priced at $1500 without specific use cases. We already discussed why they’re failing to provide some actual use cases because their store does not have enough apps to offer. Quest Store does not have a lot of apps because of very high commission fees. Many developers are not interested in developing the apps with massive effort and costly technology to ‘donate’ ~50% of their efforts to Meta.

Other players in the VR headsets like HTC Vive and Pico are expensive, and not Quest pro is also not very affordable to play something like Beat Saber. Even if you think immersive games, videos and apps are excellent to experience, the user’s question is, what is the benefit after putting this much money into these VR headsets?

This is a very valid question, and people should have a compelling answer before going to mass adoption. Until then, it’s only a toy for rich kids.

There will be no ‘ruler’ of the Metaverse

In an article titled “A New Era of Content Creation: The Metaverse and Its Opportunities for Creators”, Shukyee Ma, founding member of Overeality, stated, “ … after all, we’re rooting for a virtual world that is decentralized and governed by the community. The Metaverse and all its promised experiences cannot be handed down on a platter. While companies provide the underlying technology and tools, akin to a blank canvas, it is ultimately the individual creators who will make the Metaverse come to life”.

The shared vision of the Metaverse and what it will be is one that’s decentralised. Decentralised Metaverses and Web3 initiatives have set records by pulling in ~$30 billion in investments in venture capital. The world is just witnessing the potential of DAOs (Decentralised Autonomous Organisations) and the unbeatable value they can offer. For example, we know that our data on social media generate value, but we never see the end of it nor receive it. With a social media platform built on DAO, it dramatically improves the model by returning value to those who generate it.

As far as I can see, while there may be big stakeholders, there will be no ‘ruler’ of the Metaverse. Meta, or anyone else, can only be a part of the Metaverse and create experiences for their audiences.