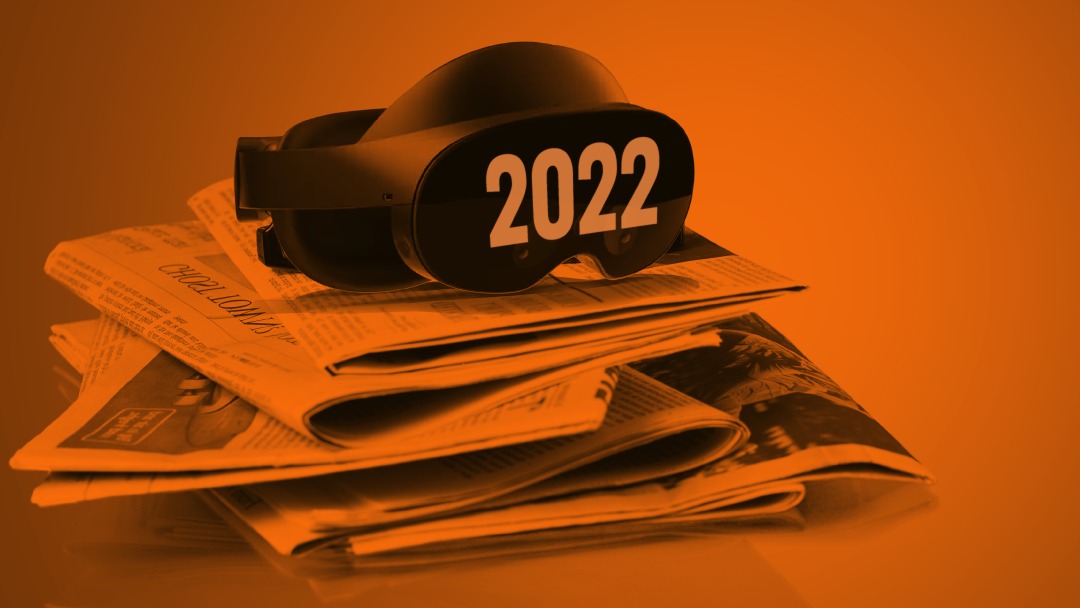 The Metaverse in 2022: A Roundup of the Biggest News

A lot happened in the Metaverse in 2022. Period.

As the year comes to a close, we’ve rounded up the three biggest Metaverse news to look back on. From record-breaking sales numbers to shocking resignations, we’ve covered them all. Let’s dive in!

The 2022 Meta Connect Keynote’s gaming segment was very different from last year in one fundamental way: progress. The 2021 segment had a lot of ‘what could be done’ with this new tech, but in 2022, there were the numbers and the success stories.

Game creators and developers broke records in sales with their creations with unprecedented metrics. This not only solidified the position of gaming in the Metaverse but also repositioned the strength and possibilities of the Metaverse itself.

Take a look at the numbers:

To date, $1.5 Billion has been spent in the Quest Store!

There is no doubt that these numbers don’t look mind-boggling. This growth velocity is excellent for VR developers and the future of VR games. But then again, Meta’s 47.5% commission on the Quest Store for all its apps is a massive barrier to entry for newer developers and smaller studios.

Another big announcement from Meta Connect 2022 was Meta’s partnership with the industry giants Microsoft and Accenture. The trio shared visions that could be the foundations of a workplace in the Metaverse.

Highlights of Meta’s partnership with Microsoft:

Regarding Accenture, there are no tangible points of discussion so far but judging from the unveiling, they, along with Meta and Microsoft, are geared towards helping businesses create Metaverse experiences at scale, industry-wide. They have been involved in everything from deploying VR gadgets to shifting their employee and client processes to digital.

This shift towards the ‘future of work’ raises many questions too. Issues like Employer ‘Productivity Paranoia’, spying on employees and privacy breaches when working remotely are matters of grave concern that need to be looked at.

John Carmack, the consulting CTO of Meta and Alex Kipman, the co-creator of the Holo Lens, resigned from Meta and Microsoft, respectively, this year.

Carmack, a pioneer of Virtual Reality technology, stepped down from his post as consulting CTO at Meta. In a Facebook post announcing his resignation, Carmack stated, “…It has been a struggle for me. I have a voice at the highest levels here, so it feels like I should be able to move things, but I’m evidently not persuasive enough.” He felt the company was operating at “half the effectiveness” and had “a ridiculous amount of people and resources, but we constantly self-sabotage and squander effort.”

Alex Kipman, the instrumental figure in leading Microsoft’s mixed-reality projects with the Holo Lens and the Xbox Kinect, is leaving the company after allegations of sexual harassment and misconduct towards female employees. More than 25 employees came forward to speak about their allegations against Kipman.

As I mentioned earlier, a lot has happened in the year, and these are the three significant events we’ve focused on in this article. You can read more on the Metaverse on our blog.