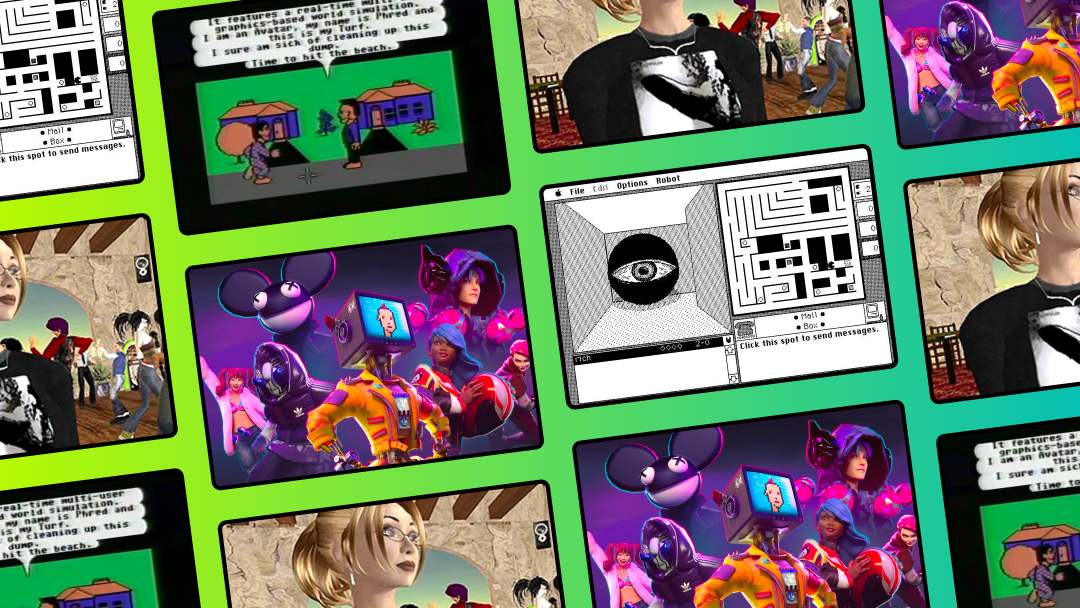 The History And Evolution of 3D Avatars

Last year, when Facebook rebranded itself to ‘Meta’, all the terms related to virtual reality, Metaverse, and avatar have seen an increase in search trends ever since. If you were ever interested in the Metaverse, you know that the term ‘Metaverse’ itself is not new. Neal Stephenson coined this term in his famous novel ‘Snow Crash’, which launched in 1992.

However, the interesting fact is, Avatars have a long history. Before diving deep, let us understand what an Avatar is:

First things first, the word ‘Avatar’. This word originated from the ancient Indian language, Sanskrit. The Sanskrit word ‘Avatāra’ is generally used in stories to represent the birth or presence of God on earth in different forms.

You can read many stories online about different avatars of Hindu gods on Earth, each for a specific purpose.

As we all know, 3D avatars are mainly used in games, so it started with the first graphical game created with avatars or characters. In 1973, Steve Colley & Howard Palmer at NASA invented a game called MazeWar.

The first evolution of Avatars

People started to show interest in Avatars in the 80’s when they finally got a chance to customise their avatars. Of course, the customization had a lot of limitations if you compare the functionality with the currently available options. Nevertheless, it was a massive leap in the right direction when two imaginers at Lucas Films imagined the virtual world, worked on it and created it for the first time. Chip Morningstar and Randy Farmer created a virtual world in 1987 called ‘Habitat’.

In Habitat, there were some cartoonish avatars, and the customization options were limited to the head, body and appearance. Nevertheless, they could move around the digital space and talk to each other. It has forced us to think that even after 35 years, we have only evolved in this technology to the level of Horizon Worlds, Decentraland, Sandbox and some other platforms, with zero solid use cases.

The use case that we have immensely evolved over the years is gaming. Developed games are significantly evolved with a lot of customisation and functionality. However, we did not move a lot on the ‘virtual world’ concept. Now, when the world is focusing continuously on developing this technology, we are very optimistic about experiencing some meaningful and vast evolution of this technology.

The Biggest Evolution in 3D Avatars and Customisation for Virtual World

A virtual world with many customizations called ‘Second Life’ was launched in 2003. And since then, these 3D Avatars for virtual worlds or Metaverse have been evolving continuously. For the first time in the virtual world industry, there was a project where people saw some hope to generate revenue and spend some time. Businesses got an opportunity to showcase their brand with cheaper ad inventories.

We currently have options to generate different kinds of 3D avatars for Metaverse and different solutions to make your 3D avatars and customize them as per your choice. On the Flam app, you can create your 3D avatar with your photograph and use it on any platform where you can import your avatar.

Possible Near Future of 3D Avatars

The near future of 3D avatars holds much potential for further improvements and innovation. Recent advances in AI, computer vision, and machine learning allow avatars to become more hyper-real and interact with users more naturally. AI-powered avatars can process audio and visual information and respond more naturally to users’ requests, making them realistic and engaging.

More and more advancements in avatar creation and customization capability will also increase the applications of 3D avatars. Many applications related to augmented or virtual reality are based on the streamlined process for avatar creation and the capability of avatars in many terms. Finally, AR and VR technology advancements enable avatars to interact with their physical environment in an immersive way. For example, avatars could control robots in a factory, allowing users to control them remotely. The possibilities for using avatars in the future are vast and could range from educational applications to medical applications.